CO2 levels in an Uber. Is it safe?

... Forensics Detectors, a company that makes CO2 detectors, documented rising CO2 levels in an Uber ride. In the video, chief engineer Dr. Koz says this threat can be minimized by rolling down windows and making sure the HVAC system is not recirculating air.

SAN DIEGO, Calif. — States are rolling back COVID-19 restrictions, even as the federal government warns of highly contagious variants.

“I think people honestly are starting to give up hope in a lot of ways, because it's been open, close, open, close," said Kimberly Prather, professor at UC San Diego at the Scripps Institution of Oceanography.

Prather has studied aerosols for nearly 30 years and has been sharing her research with public health officials, like Dr. Anthony Fauci.

“We’re not medical doctors, but we do understand aerosols and how they float in the air like cigarette smoke," said Prather.

She says we’ve long known viruses can spread through droplets.

“We describe them as mini cannonballs. They come out of your mouth and they just are following this downward trajectory," said Prather. "If someone coughs or sneezes on you, they can get in your nose or mouth, that can infect you. But if they’re just talking, there aren’t that many. And those that there are will fall to the ground very quickly."

But Prather says humans produce thousands of microscopic aerosols when speaking, which behave much differently than droplets.

"Aerosols, they don’t care about 6 feet. Aerosols can fill a room," said Prather. “The places where they impact things the most are indoor, crowded locations, poor ventilation, no mask.”

In October, the CDC updated guidelines acknowledging airborne transmission can happen in poorly ventilated, enclosed spaces when people are more than 6 feet apart.

Months earlier, Prather was among 239 experts who wrote an open letter to the World Health Organization (WHO), urging the agency to issue appropriate warnings about the risks posed by aerosols.

“Once we acknowledge this virus is airborne, which it is, it’s a very fixable problem. You can open, you can protect people," said Prather.

She says one of the easiest solutions is opening windows. HEPA filters can also be used to clean air, as well as making sure your HVAC system is not recirculating air.

Prather is encouraging businesses and schools to monitor indoor air with carbon dioxide (CO2) sensors. When humans breathe out CO2, it can build up in poorly ventilated spaces.

She carries one to places like the grocery store.

“If that number starts getting above 800 ppm, now you’re starting to breathe in other people’s breath, which is where the virus would be coming out," said Prather.

She says businesses in Japan display CO2 sensors in storefronts to reassure customers the air is fresh, which can be replicated worldwide.

Forensics Detectors, a company that makes CO2 detectors, documented rising CO2 levels in an Uber ride. In the video, chief engineer Dr. Koz says this threat can be minimized by rolling down windows and making sure the HVAC system is not recirculating air.

Prather recommends a sensor with NDIR technology and encourages consumers to read reviews before purchasing one. The devices can cost anywhere from $100 to $250, or even higher.

“There is a way to know if your air is clean and if it’s not, there’s a way to clean it," said Prather.

Dennis O'Connor, the founder of the 'Acre of Awesome' in San Diego, says his space is proving to be ideal in a pandemic.

"The space we took over is a really old industrial building. It has 26-foot high ceilings and three giant ventilation fans because they use make engines here and service vehicles," said O'Connor.

Yet, much of it remains closed due to public health mandates.

“This space we’re sitting in now, Sideyard BBQ, this was our pivot during the pandemic," said O'Connor. “It’s really the only thing we’ve been able to open thus far, but I’m really glad we did it. But we spent a lot of money turning what was really just somewhat of a parking lot into a fun, Texas-style outdoor BBQ venue.”

They've also brought in revenue through their distillery, ReBru Spirits, using out-of-code and overstock craft beer to make small-batch spirits. O'Connor says the business model has proved invaluable during the pandemic as breweries forced to close grapple with an abundance of overstocked products. By working with ReBru Spirits, the product does not go to waste, and breweries avoid disposal fees. 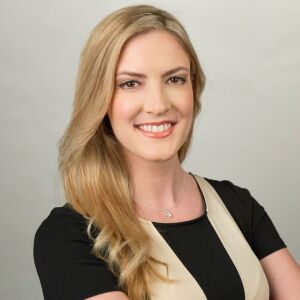